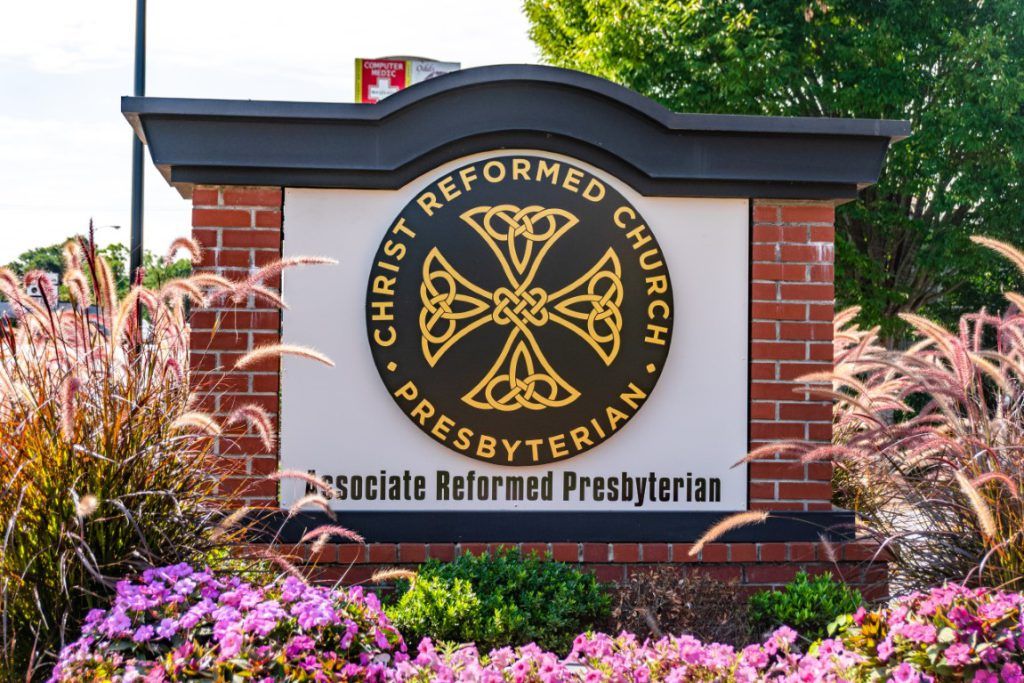 During the Spring of AD 2007, the Lord moved several families to form a new church in Anderson, South Carolina, that would be devoted to the teaching, preaching, and practicing of the Word of God. These families became familiar with the preaching ministry of Christ Church (now Christ Covenant PCA) in Columbia, South Carolina and, after visiting Christ Church, were convinced that the Lord would be pleased to plant a similar church in Anderson.

The first service was held on May 20th, 2007, and on June 24th, 2007, the steering committee of the church agreed to extend a call to the church’s current pastor, Alexander S. Campbell, who was on staff of Christ Church in Columbia. He began serving as the Pastor of Christ Reformed Church on July 15th, 2007. The first elders and deacons of the church were ordained on April 20th, 2008.

At the time of its founding, Christ Reformed Church was an independent, Reformed congregation.  As such, it was important for the church to ally itself with like-minded national ministries.  The church joined the Alliance of Confessing Evangelicals, a multinational association of conservative, Reformed churches and organizations that affirm the great creeds of the faith and the Reformation doctrines of the Cambridge Declaration of April 20th, 1996. The Alliance Council included champions of the faith such as Sinclair Ferguson, R. C. Sproul, John Piper, John MacArthur, Eric Alexander, Alistair Begg, Donald Carson, Ligon Duncan, Richard Phillips, and Albert Mohler.  The church also became an official 9Marks Church in keeping with the principles articulated through Dr. Mark Dever’s church book and ministry, Nine Marks of a Healthy Church.

Christ Reformed Church moved into its current location at 1621 North Main Street in downtown Anderson, South Carolina in January of 2010. Our renovation of an abandoned building strategically located between the old downtown area and Anderson Mall includes a chapel with seating capacity of over 240 and several classrooms as well as staff offices. With future growth in mind, the building itself contains over 37,000 square feet of space, of which only a portion is currently occupied.

Seeking greater connectivity and accountability, the pastors of the church became licensed ministers of the Associate Reformed Presbyterian Church (ARPC) in the autumn of 2013.

The congregation of Christ Reformed Church voted overwhelming to join the ARPC in January of 2016 and the Second Presbytery of the ARPC approved the church’s request to united with the ARPC on March 8th, 2016.

While Christ Reformed Church is young as a congregation, it is ancient in its affirmation of traditional Protestant doctrines, historical Reformed worship, theological creeds, orthodox beliefs, and holy practices.
Sunday Order of Worship